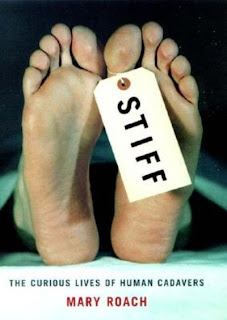 Now that we're one week back into classes, have you been wondering what a first year med student does with her first real break from medical school? Does she:

A) study, because it's not really vacation since another unit of anatomy started Monday?

B) spend lots of time with family and try to (pretty unsuccessfully, stupid snowstorm) fit in seeing friends she hasn't seen in the last four months?

D) all of the above!

Everyone pause and take a minute to think, "What a weirdo - who reads a book about cadavers in their free time?" Ok good, moving on.

From the back cover, the book "visits the good deeds of cadavers over the centuries and tells the engrossing story of our bodies when we are no longer with them." Just some of the topics include cadavers being used in first-year anatomy labs, in seminars for surgery practice, for vehicle safety crash tests, and for other very odd things like medical cannibalism and crucifixion experiments. 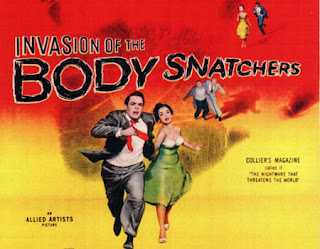 There was also a whole chapter on crimes of anatomy. Apparently, dead bodies used to be a pretty hot commodity, and plenty of morally questionable men made a good living in the 19th century out of body snatching - literally stealing bodies from recently dug graves and then selling them to anatomists or universities to use for dissections. Two men, William Burke and William Hare, really take the prize for going the extra mile though - they weren't content with just stealing already-dead bodies; they also murdered guests that stayed in Hare's lodging house (everyone needs a day job) and then sold those cadavers to Dr. Robert Knox of Edinburgh University.

I found the book to be equal parts creepy, funny, and informative - probably the same three adjectives that could be used to describe the author's personality.
Posted by elena welt at 7:00 AM