Now for the fun stuff! As much as I'm sure everyone wants to hear a minute-by-minute, day-by-day account of the Galapagos Islands, I'm just going to give the highlights.

Most of our excursions consisted of some combination of the following activities: hiking, snorkeling, beach, and taking pictures of/learning about animals. Jenna and I also added a few of our own activities:
One of the best activities was a beach that was just completely filled with sea lions. Sea lions have two completely different personalities. When they are in the water, they are so elegant-looking and cute (yes, they can be both) and active. On land, they are gross. Smelly and lazy and covered in flies. Plus, they don't really have back legs, so they can't move very well on land. They would get up and start walking somewhere and then just give up and flop back down. "It's too harddddd to walk because my back legs are stuck together, I'm just gonna lay here instead." On another day, we actually saw a newborn sea lion with it's mother. Female sea lions are apparently pregnant for 11 months out of every year! 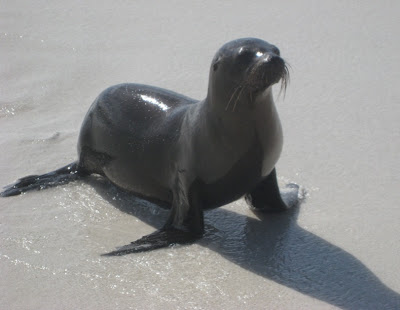 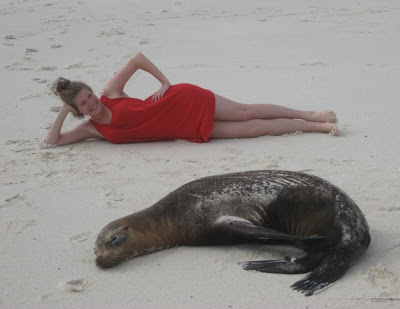 
On one hike, we got to see lots of blue-footed boobies and albatrosses. Albatrosses, like the sea lions, have trouble walking. Their necks are way too long or heavy for their bodies, so with every step they have to sort of swing it from side to side to be able to move. Apparently it was mating season for the birds while we were there. Albatrosses mate for life, so they have this little dance that they do to be able to recognize their mate from last season. The boobies however are a bunch of sluts - all they do is show off their beautiful blue feet to another booby and they're ready to go. 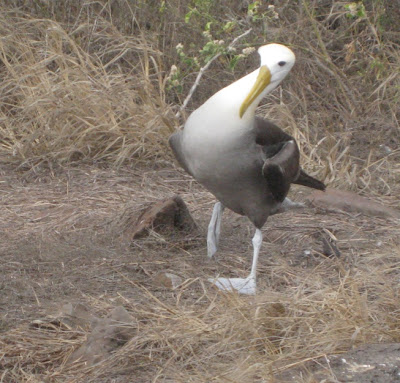 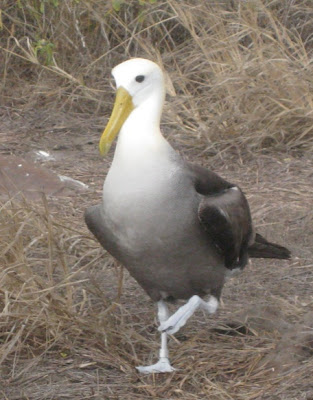 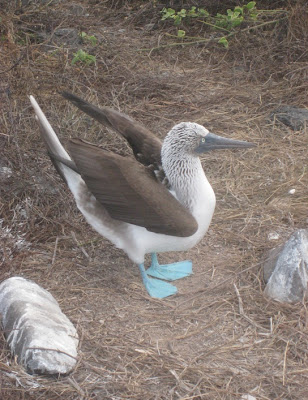 
My favorite bird that I saw though (even though it's so not exciting) was the mockingbird. They are so freaking cute. In the olden days, sailors would lure the mockingbirds in by giving them water, then killing and eating them for food. So the mockingbirds still expect humans to give them water, so they literally would go up to one person and flitter around for a bit (but get no water, because we're not allowed to give them), then move to the next person and flitter around, and so on and so on. They reminded me of a really annoying little kid who just wants the older kids to like him and has wayyyy too much energy. "Hi! Want to play?! Pay attention to me! Pay attention to me! No? Ok, how bout you? Hi! Be my friend! Pay attention to me! Hi! Hello! No? Ok, next person..." 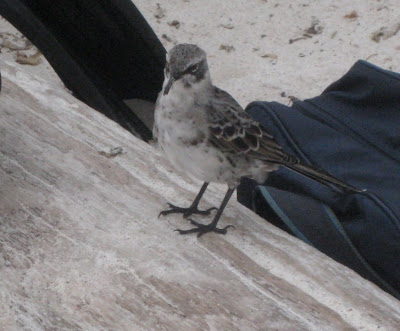 The animals we saw the most of were the iguanas. They were fatties. And everywhere. And because they're cold-blooded, they are constantly searching for the sun and finding ways to stay warm. So there were two ways you could see the iguanas - either in a giant clump all piled together for body warmth, or all in a line facing the same direction (towards the sun). The second formation was almost creepy - it looked to me like cult members all patiently waiting for their divinity to descend to the earth or something. 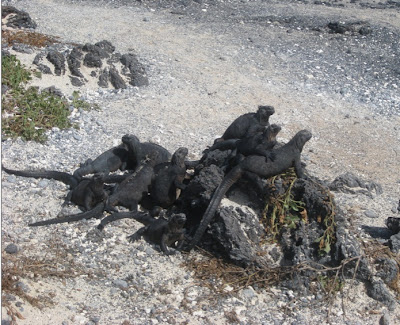 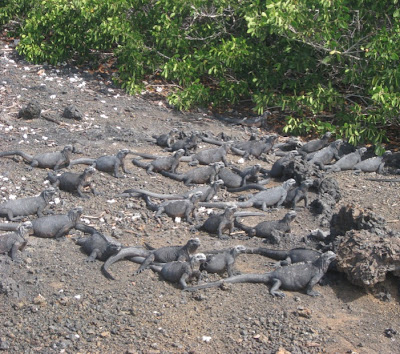 waiting for the messiah to descend

Seeing the sea turtles while snorkeling was the best, but we also went to a tortoise breeding place on our last day. The tortoises are endangered, so they've been raising tortoises until they're five years old, and then releasing them back into the wild. What's kind of cool is that they don't actually know how old the tortoises can live to because they've only been studying them for 50 years, and after 10 years old, it's actually impossible to tell how old the tortoise is just by looking at it. 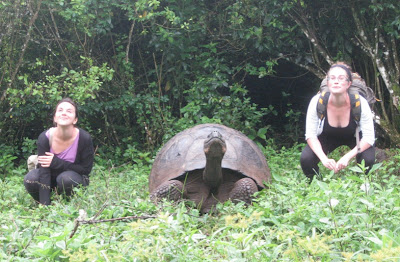 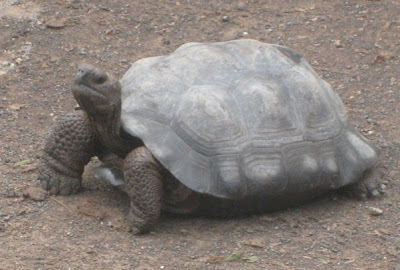 
We also saw some white-tipped sharks - we saw one (our guide insists there were six, but I'm not so sure) while snorkeling, and the rest on a hike looking down into a little bay that the sharks like to hang out in. We also saw lots of crabs, flamingos, briefly some penguins, lots and lots of fish while snorkeling, and some really beautiful beaches. 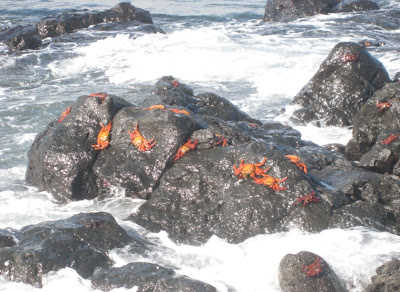 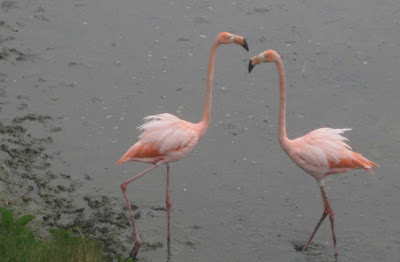 To see more pictures, you should be friends with me on facebook. If you would like to see ALL 700 pictures from Ecuador, please just let me know and I will find some way to deliver them to you.