On a scantron test, you just put three of the same answer choices in a row (say for example, D), and you get to the next question, and the answer choice you're leaning toward is the SAME as the last three. Do you put it, or do you second-guess yourself into choosing a different letter?
Posted by elena welt at 11:25 AM 0 comments

At 9am today we have our neuroscience shelf exam. Afterwards, I plan on going out to lunch, then coming back and taking care of all the things I've ignored for the past two weeks - like figuring out when my summer jobs actually start, responding to emails/phone calls, packing up my room, etc. And then tomorrow I can start studying for our Behavioral Science shelf exam which is on Friday.

Right after Friday's exam is the accepted students luncheon for NEXT YEAR'S CLASS. I can't believe it. Last year I remember being so envious of all the first-years who came to the luncheon after they finished their last exam. Now that will be us! This year sometimes feels like it flew by, in the sense that I cannot believe I'll actually be done with my first year of medical school in just a few days. But at the same time, MGM (biochem) and life before I could complain about Anatomy seems like a decade ago.


Assuming I don't spontaneously combust this week and nothing goes horribly wrong on these last two shelf exams, the next time I post will be as a rising second-year student.

Well that's a little bit of a lie, because I'll probably write ahead of time, and even publish the post before I go to the exam, but I will be that much closer to being a second-year!
Posted by elena welt at 7:53 AM 0 comments

I'm sure many of you have already seen this picture that's been floating around the internet recently, but for those that haven't yet, I have to share it: 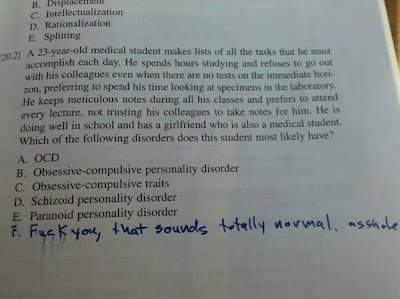 Ironically, although our test TODAY includes all of the personality disorders, I still don't know the correct answer to this question, unless it really is F. And is it weird that my first thought after reading the question was, "Damn, I wish I had that kind of motivation?" Is that a disorder in itself - wishing you had a personality disorder??
Posted by elena welt at 7:00 AM 0 comments

I've recently realized something about myself: how sincerely my bed is made in the mornings correlates almost perfectly with the state of my mental health for the day. There are three possible scenarios. 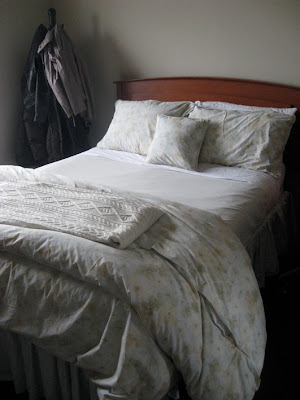 What It Says About My Mood: It's gonna be a good day, I'm ready to take on the world. I will finish all the things I've been procrastinating getting done for the past week, and maybe even be in a good mood while doing it.

Bed Situation #2: blanket pulled up but not tucked in, pillows in vicinity of where they should be, pajamas pushed discretely to a corner 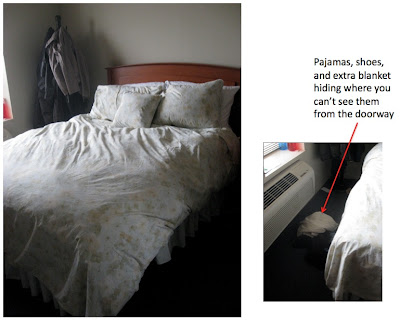 What It Says About My Mood: I'm stressed, there's no time for every day banalities like hospital corners. Probably gonna overdose on caffeine, but I'll get done what needs to get done (but nothing extra). Usually the situation on exam days.

Bed Situation #3: not even pretending 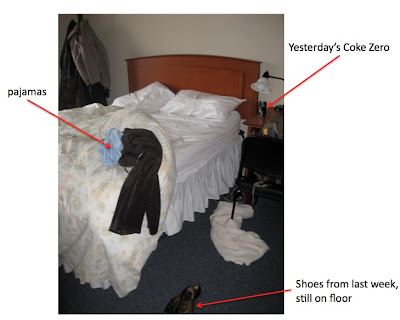 What It Says About My Mood: I give up. I'll probably get back into bed at least 3 times throughout the day to watch terrible TV on my computer, and get no work done, leading to bed situation #2 tomorrow.

FAQ:
Q: Did you just make and unmake your bed 3 times in a row in order to take these pictures?
A: Yes.
Posted by elena welt at 7:00 AM 0 comments

Late post due to a surprise visit to St. Louis for my younger brother's graduation. It was weird to be back for the first time without any of my friends really there. Great to spend a few days with my family though, and wonderful to ignore med school for a few days. Today's activities will mostly (not exclusively, because there will definitely be a couple of hours of spider solitaire procrastination in there) consist of watching the 9+ hours of lecture I missed. It's gonna be super fun. Totally worth it to be there though. Congratulations to Glenn, the rest of the Wash U graduating class, and all of the seven year med students who graduated from undergrad last week!!
Posted by elena welt at 9:37 AM 0 comments

Sometimes med school feels like the absolute worst thing in the world. And sometimes it is THE BEST. When I'm an old lady and a very distinguished physician, if someone asks me to recount my favorite day in med school, it will always be yesterday.

It started out as a pretty average day, maybe even slightly worse than average on account of the misty rain and attendance-required small group activity. But on my way to class, a nearby truck full of radioactive material spilled all over, transforming me into Alex Mack and changing my life forever. 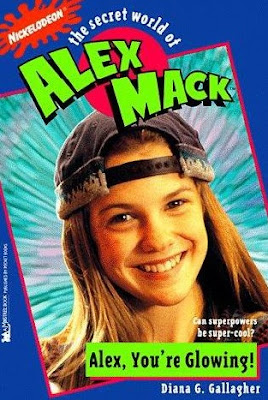 Me! Just kidding.
That would have been in my ideal world. Second best scenario though really did happen. Student Council held a FREE build your own sundae event after class! FREE ICE CREAM! That on its own would have made up for this entire sucky year of being in med school (or at least the entire sucky Monday afternoon). Ice cream! Gallons of it. And so many toppings. And cupcakes. And whipped cream! And because I'm a 5 year old with no self control, I had seconds!


But that's not even the end of it - there's more!


Student council also raffled off some NJMS gear. I almost didn't enter the raffle because I was actually too lazy to walk over to the person handing out the raffle tickets. Stop judging, he seemed really far away at the time. And I was tired. And I never win raffles, so what was the point? Anyway, HE ended up walking over to ME to give me my FREE raffle ticket. Is that service, or what?


So moving on, there were five winners. The first four got to choose between a t-shirt and a mug. And the last person got to choose anything they wanted! As the numbers were called one by one, my hopes (which weren't very high to begin with), started to fall. But thennnnn [pause to build suspense] ...

I was the fifth winner! Me! A winner! And I totally deserved to win, because I obviously worked so hard. Plus, I was probably being rewarded for all the snarky comments about winning I had made to the people in my immediate surroundings just before the winners were announced.


And now the moment you've all been ween waiting for - check out my awesome new track jacket: 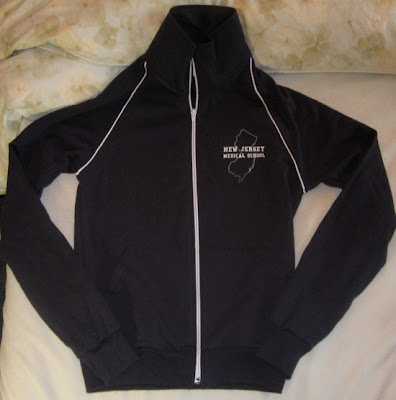 In my excitement at being a winner, I got a little awkward (shocking, I know, because I'm never awkward) and my English skills took a bit of a dive. Soooo it's possible that a few people may have laughed at me and my reaction a little bit. But whateva, they're just jealous. 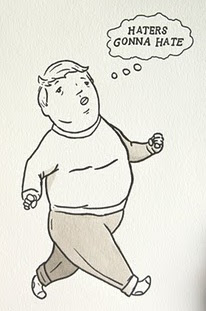 To top it all off, a few people around me were like, "Blog post tomorrow?!" And guess what that means - people read my blog! Hiiiiii readers :)

I Hope This Is Never Me

Yesterday the Jewish Medical/Dental Society held a donor drive for the Gift of Life Bone Marrow Foundation. A donor drive consists of merely entering people into the universal bone marrow registry by taking a cheek swab. Once in the registry, you remain there until age 60 and usually never hear from them again. If, however, you are a match to a person in need, the foundation would call you to let you know and ask that you donate bone marrow, an obviously much more involved process than just a cheek swab.

There are plenty of legitimate reasons for people to not want to become part of the registry. The Gift of Life representative impressed upon us the importance of not cajoling people to register. It is much better for someone who is uncomfortable with the idea of donating to say no now rather than down the road when there is a specific person whose life relies upon the registered donor saying yes and whose hopes have been raised that a match was found.

A third year medical student seemed unconvinced as she walked by our table but asked for more information. When we brought up the point that she could potentially be saving a life by registering, her brusque response was, "I already saved some lives today, that's enough for me." And she walked away.

Registering is a very personal decision and is potentially a large commitment in the future - I want to reiterate that I'm not faulting anyone for not signing up. But this particular girl's reasoning didn't sit right with me. It makes me think there's a quota to helping people as a doctor: "Good job team, it's 3 pm and we already saved ten people today, so let's pack it up and head home." Or that it's like buying carbon credits ahead of time to make up for future bad behavior (or like the church selling indulgences back in the day): "As a doctor, I already help people all day, so why do I need to do more good outside of the work place?"


This is not necessarily about Gift of Life or the bone marrow registry, but more about this student's attitude and my hope that I never feel the way this student does - that doing good in one aspect of your life precludes you from doing good in other aspects.

For more information, visit giftoflife.org
To become a donor (through the internet! so easy!), click here
Posted by elena welt at 3:29 PM 1 comments

Uh, think my roommates and I have a bit of a caffeine problem? 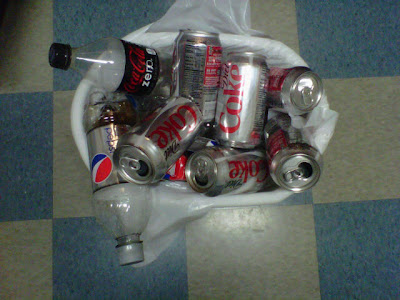 birds-eye-view of our recycling bin, day of exam
Posted by elena welt at 7:00 AM 4 comments

My new study tactic: become so overwhelmed with how much information you need to learn for the exam that you just don't study at all because you don't know where to start.

I don't see how this tactic could possibly fail me (ironic choice of words, because I definitely see how the upcoming exam on Monday could fail me).


The only redeeming factor that this class has is that at the end of it is SUMMER. Physiology was so hard to push through at the end because we started the next class so soon after and there was no relaxing time. At least this time, if we push through just a littttttle longer, we get an actual break. If we didn't have summer vacation, I think I would have to concede defeat to med school.

Countdown to summer: 4 weeks OR 28 days, whichever sounds shorter.
Posted by elena welt at 10:02 AM 0 comments

While this is the most public blog ever (did you want my full name, where I live, and what I look like? Ok done), I've been hesitant to share my email address. Why? Because I live in fear of spam. 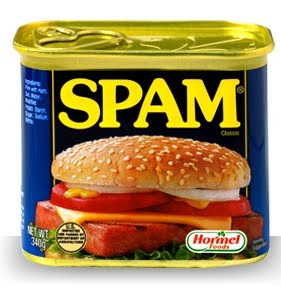 
I already get so much junk mail from my combined gmail/UMDNJ account that I don't think I can handle more of it. Well, problem solved. I now have an email address devoted solely to this blog.


So, if you have something you want to tell me that you don't want to make so public by leaving it in a comment, you can now email it to me!

note: for those of you who already know my gmail/UMDNJ emails - obviously I know you're not sending me spam. Keep emailing me as you regularly do.
Posted by elena welt at 7:00 AM 0 comments