Last week in my first MCAT class I may have accidentally called one of the students a gunner. That's a good way to get them to like and respect you, right? Make fun of them?

My non-med school friends are probably wondering why I would give a fake military rank to a student studying for the MCATs. But "gunner" has another definition in med school: it's a mean, super-competitive student who in theory would do whatever it takes to be the best, even including (or maybe especially) by sabotage of others. 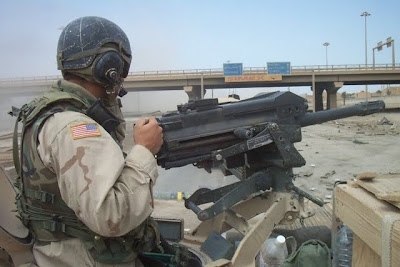 not the kind of gunner I'm talking about
A gunner is that person you've heard stories about (but has this EVER actually happened to anyone? Ever?) who steals people's books from ungaurded desks in the library around finals time so that no one else can study, or rips the necessary pages out of the reference books in the library so no one else can access them.

A gunner is the person who thinks it's impressive to find the tiniest, most obscure study and in the last 5 minutes of lecture bring it up to refute a generalization the professor made during that lecture (so that the professor has to say, "Yes in that one very specific case under those exact conditions, that is true, but for the purposes of this class and for any practical purposes for the rest of your life, what you have to know is everything I just spent the last hour explaining to you").

A gunner is the person who spends all weekend holed away in their room, studying for the exam and hunting for aforementioned study, and then on test day breezily announces that they barely looked over the material, because come on, how easy was that test?

Gunner is a word we throw around a lot in medical school - "You're staying in to study tonight? What a gunner." But we rarely actually mean it.

In my head, anyone who studies more than me is clearly an overachieving gunner, while anyone who studies less than me just doesn't take med school seriously enough. Unfortunately (or maybe very fortunately), what happens in my head is not reality. In reality, I haven't met anyone yet who matches the above description. The people I see studying the most are the ones who answer all my questions when I don't understand something, and take time out of THEIR studying to help explain things to me. That, my friends, is definitely not a gunner. 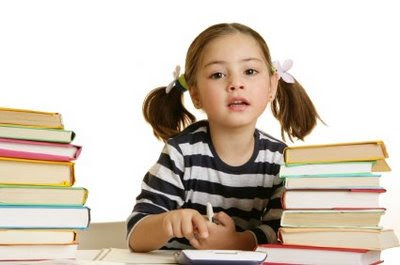 however, this girl is SUCH a gunner - look how ahead she's trying to get! studying years before she even gets to med school

So why did I call this very nice and very not gunner-y student in my MCAT class a gunner? It was completely by accident. He asked a theoretical question about one of the topics we were covering - a question that not only would never show up on the MCAT, but one that I also had no idea how to answer. Instead of only saying that it's not worth precious class time to go over things not on the MCAT, I then just haaaad to add, "Have you guys ever heard of gunners? It's a word you'll need to learn for med school." In my head (which we already established is not the same as reality), I thought I was being funny and clever by merely explaining to them the concept of the gunner, but I totally was accidentally calling him a gunner for asking that question!

So for the rest of the class, they will probably be too scared to ask me any questions because I'll think they are gunners. Excellent start, Elena!

If you want another take on med school gunners, check out "A Cartoon Guide to Becoming a Doctor" - she explains it in PICTURE FORM!
gunner profile
how-to-guide