I am one of the biggest complainers I know. It generally takes a LOT of effort to avoid making this blog a cry-fest-woe-is-me-pity-part (I put so much effort into making it positiveeeee, feel bad for me for all the work I put innnnn). Just kidding :)

But seriously, I do recognize that I complain a lot - even if they are usually legitimate complaints, no one really wants to hear them, I totally get it. 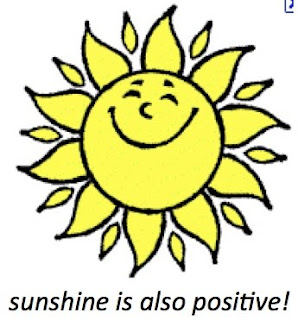 So when something POSITIVE happens in my study world, I feel like I should share it with you. Remember this post where I told you how much I hate eponyms? I still hate them, don't worry. But I've finally found it - the anti-eponym. The. Best. Disease. Name. Ever.


Before revealing the name of this disease, let me first describe it to you:

It is a syndrome in which ADH (Anti-Diuretic Hormone) is secreted from your body at inappropriate times, leading to various symptoms due to too much ADH released when it shouldn't be.

Ready for the name?

Could that be any more descriptive? A syndrome where ADH is secreted inappropriately - it's the name AND the description!


Compare that to a disease like Bartlett Syndrome - without using the internet, I'll give you 500 guesses to figure out what the problem is (med students who just took the renal exam, you don't get to guess). It's impossible, right? Not so with the Syndrome of Inappropriate ADH Secretion - I bet you could guess it on your first try!

And so I repeat: best disease name ever. Other diseases, you could learn a lot.

[note: in no way do I want to make light of the disease itself - it's just that I want to find whoever named it and give them a big hug]
Posted by elena welt at 7:00 AM